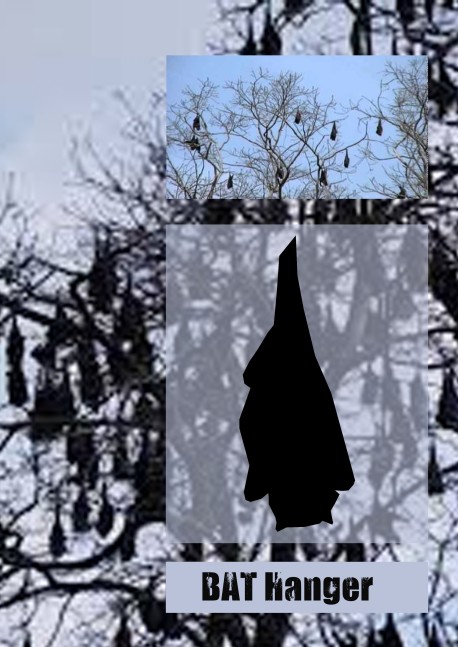 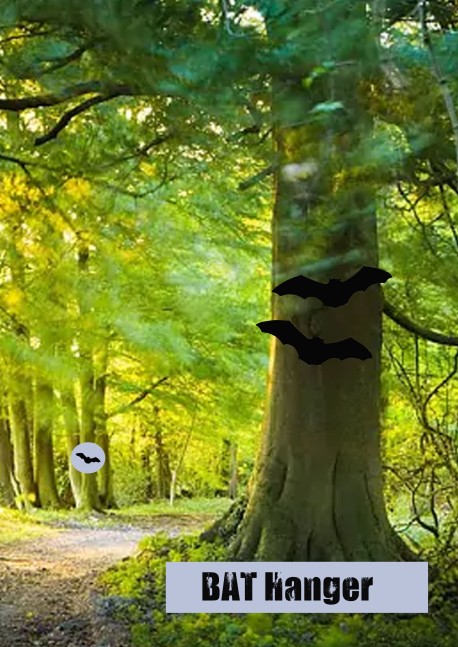 A Quick look at the Prosal put forward by Alison Little for the Pendle Sculpture Trail.

Bat Hanger presents an installation where an Aitken wood tree is to be taken over by bat-like forms. The main structure of the tree to include around 100 hanging forms, similar in form to the way in which they sleep suspended upside down with there wings tucked around them. As they are to be arranged at high up points simple cable ties can be used for fitting. 10 bats in flight motion to be added in lower down positions using wall mount fittings. The bats to be represented are to be similar to the noctule bat and a tree with potential for roost to be sited. Bats to be produced through laser cut technology using plywood as a natural material, the be finished in exterior wood gloss and would simply need to be re-coated in terms of maintenance. The higher bats the be hung using cable tie above the likelihood of any vandalism. The in-flight bats the be fitted using black wall mounts, making them difficult to abduct. Use of scaffolding for the fitting of the high up hanging bats, cordless power drill equipment for the use of wall mounts.

Bats have been associated with witchcraft since Biblical times, the Bible giving reference to them as unclean animals and the Old Testament prohibits the eating of bat meat. Painters, sculptors and writer have connected bats and the devil throughout the ages, the wings of the devil frequently bat like in form. These associations strengthened throughout the middle ages and into the period of the Pendle witch trials. Magic practices often require the use of bats, Shakespeare’ Macbeth using the nocturnal creature in an opening scene. In modern depictions of witches, it remains the most common companion for the satanic female.

Secondary concerns about the installation are to increase awareness of bat population decline and the work of the Bat Conservation Trust.