Does the luminosity of the latest contemporary public art form in Liverpool turn you on or off?

Ugo Rondinone, the Swiss-born, New York-based artist has gifted his work to the Royal Albert Dock in Liverpool.

The multi-coloured stack of rocks finished off with a T section had been sited on the waterfront, nestled beside the Tate Liverpool for almost four weeks now. The sculpture was commissioned to mark ten years since the Capital of Culture, twenty years of the Biennial and thirty years of Tate Liverpool.

Other works by the artist have included seven mountains, simpler luminous rock stacking forms, located just outside Vegas. Initially unpopular, Sixteen million visitors later its safe to say it has won over the public. Will the Liverpool mountain win the hearts of the art-loving Scouse city dwellers? Will it become an icon of the city like the initially revered Superlambanana?

The form is said to be based on a combination of ancient totem poles, medieval rock balancing and hoodoos. Hoodoos being rock spirals formed from weathering over centuries, commonplace in the desert of the United States. So do the seven mountains in Nevada seem fitting in their location in ways the Liverpool Mountain does not?

Do the aesthetics of the colour choice resemble the artistry of a primary school pupil first being given luminous paint in the eighties then deciding all the colours must be used at once?

The verdict: It certainly does brighten up a drizzly day on the docks. Let’s wait and see if the luminosity of the Liverpool mountain turns on the cities art lovers. 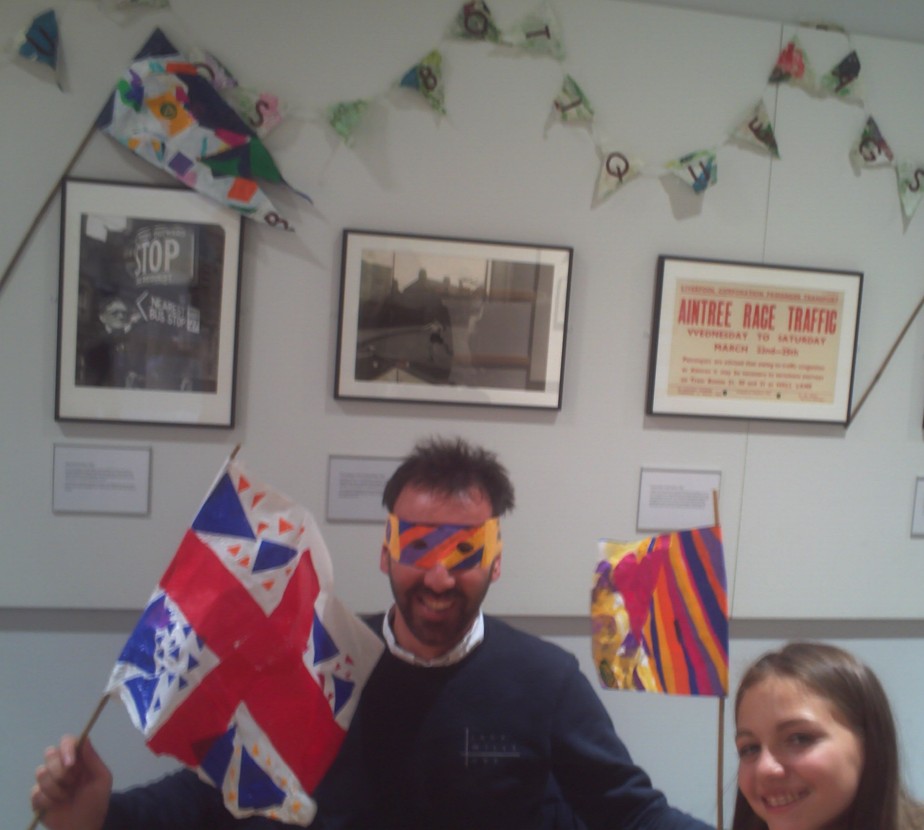 Last Saturday saw a line of children and adults, tots and basically those mortal getting involved with the fun of flag making. The last weekend of the Liverpool Irish Festival took the Rags Boutique workshop to the contemporary interior to the Museum of Liverpool.

A wonderful day spent with a colourful bag recycling project on the iconic waterfront. We saw identities being identified through the Greens of Ireland, the Red, White and Blue of Britain and the Purples of Feminism.

Flagpoles on the hole of the day and adults which showed us they still knew how to play dress up!