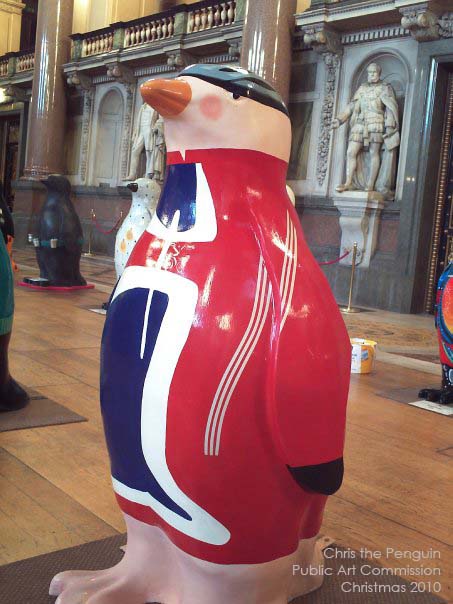 Just though bring in a bit of Christmas spirit for the season. This is is ‘Chris the Penguin’ I painted for the 2010 ‘Go Penguin’ parade in Liverpool. He is based on the cyclist ‘Chris Hoy’ and was commissioned by the Manchester Velodrome, originally located outside the Echo arena in Liverpool, on display at St George’s Hall in the image above. 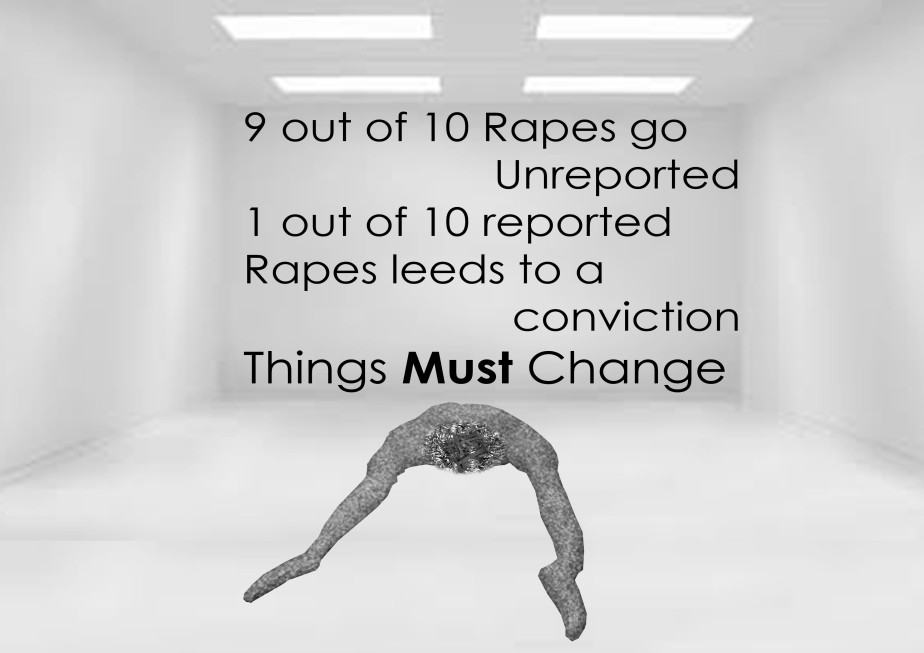 Worked on Proposal for ‘Hear me Roar’ a feminist festival to be held in Lancaster March 2016.

”For Hear Me Roar she would look to produce an extreme piece relating to sexual violation. Again, successful use of found object: polythene to be cut to the lower body of a female, cut off at her waste, dis-guarded like a waste meat corpse which has been thrown away. Polythene to be filled with a heavy dark toned gravel to represent a damaged, weighed down figure. The groin area to contain an assortment of rusty nails, wire wool and similar items representing muscles fighting the action of something being forced into themselves against there will.”