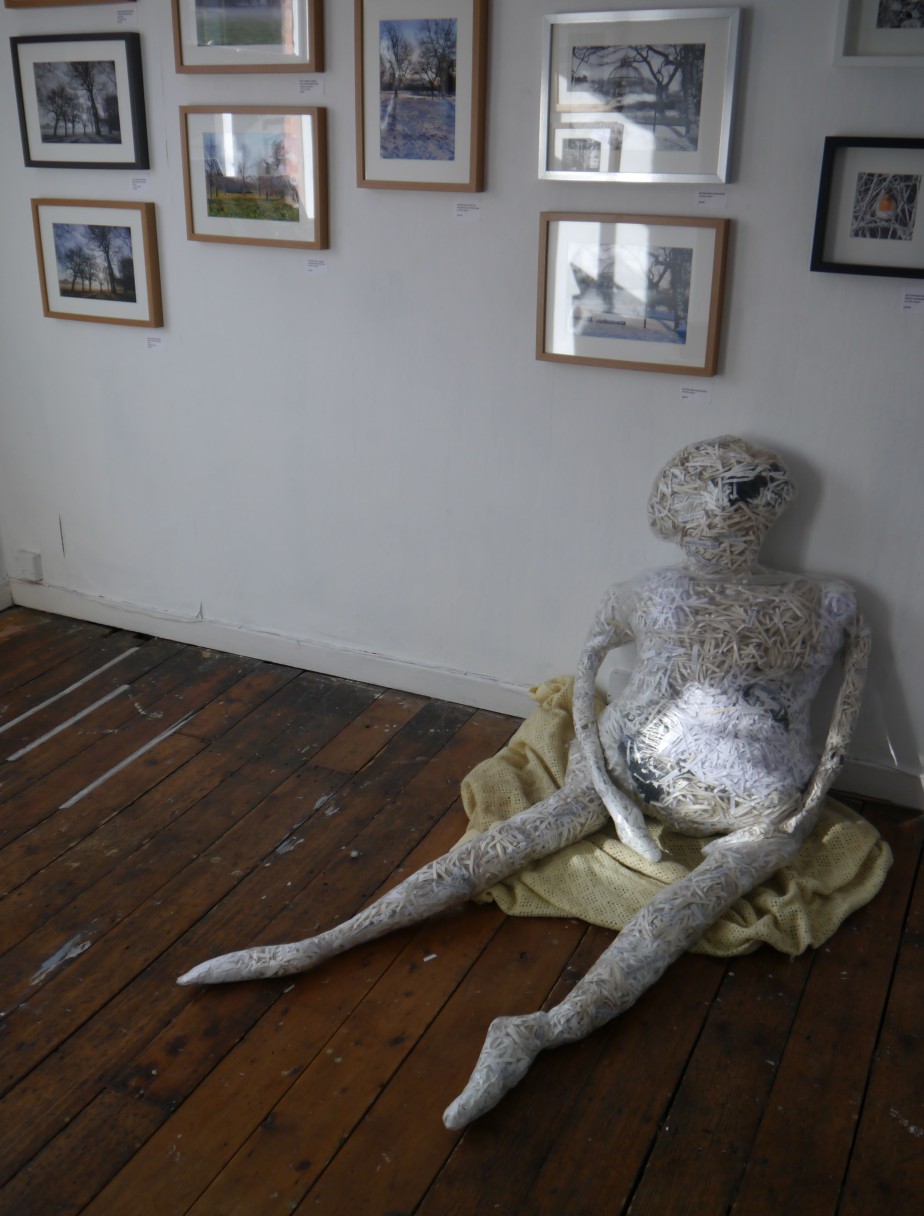 Just making finishing touches to my form NFA (No Fixed Abode) to be dropped off in Manchester tomorrow for Outside the Box exhibition.

”Alison Little is a Liverpool based artist who works across the creative sector. After graduating from Art College in 2002 she moved back to the capital for two years before she was to embark on her artistic career. During this period she worked as a support worker with the homeless where she encountered may degraded, but equally remarkable people within her work. Over the pass year she has been working to produce figure bases sculptural works which address social issues. Polythene sheeting is made into bag like for which are stuffed with shredded paper and statements relevant to the piece. This began with ‘Bi Polar B’ where she represented a female sufferer of the illness which was exhibited at the Williamson Gallery in Birkenhead for the 2014 World Mental Health Day celebrations. For 2015 Mental Health day she worked on a new form: Brain scape, this encompassed a large head form containing statements around the theme of ‘Dignity in Mental Health’ which was exhibited at Unit 51 in Liverpool’ Baltic Triangle. A third piece was commissioned by Spectrum D in Derby to represent disability Hate Crime for an exhibition held at the Guildhall theatre in the city centre. A figured sprawled across the ground and a broken wheel chair brought a potent message to the exhibition and the people of Derby. For Out of the Box she would like to propose NFA (No Fixed Abode), again creating a polythene figure form stuffed with shredded paper, positioned on an old blanket against a wall of the Gallery space. The figure to contain statements relevant to homelessness: No regular dwelling, night shelter, squatting, begging, unsheltered, rough sleeper, in transit, vagabond, tramp, drifter, drug abuser, alcoholic, non-conformist, freedom.”

One thought on “Outside the Box”